The Streets of Poetry: An interview with Greta Bellamacina 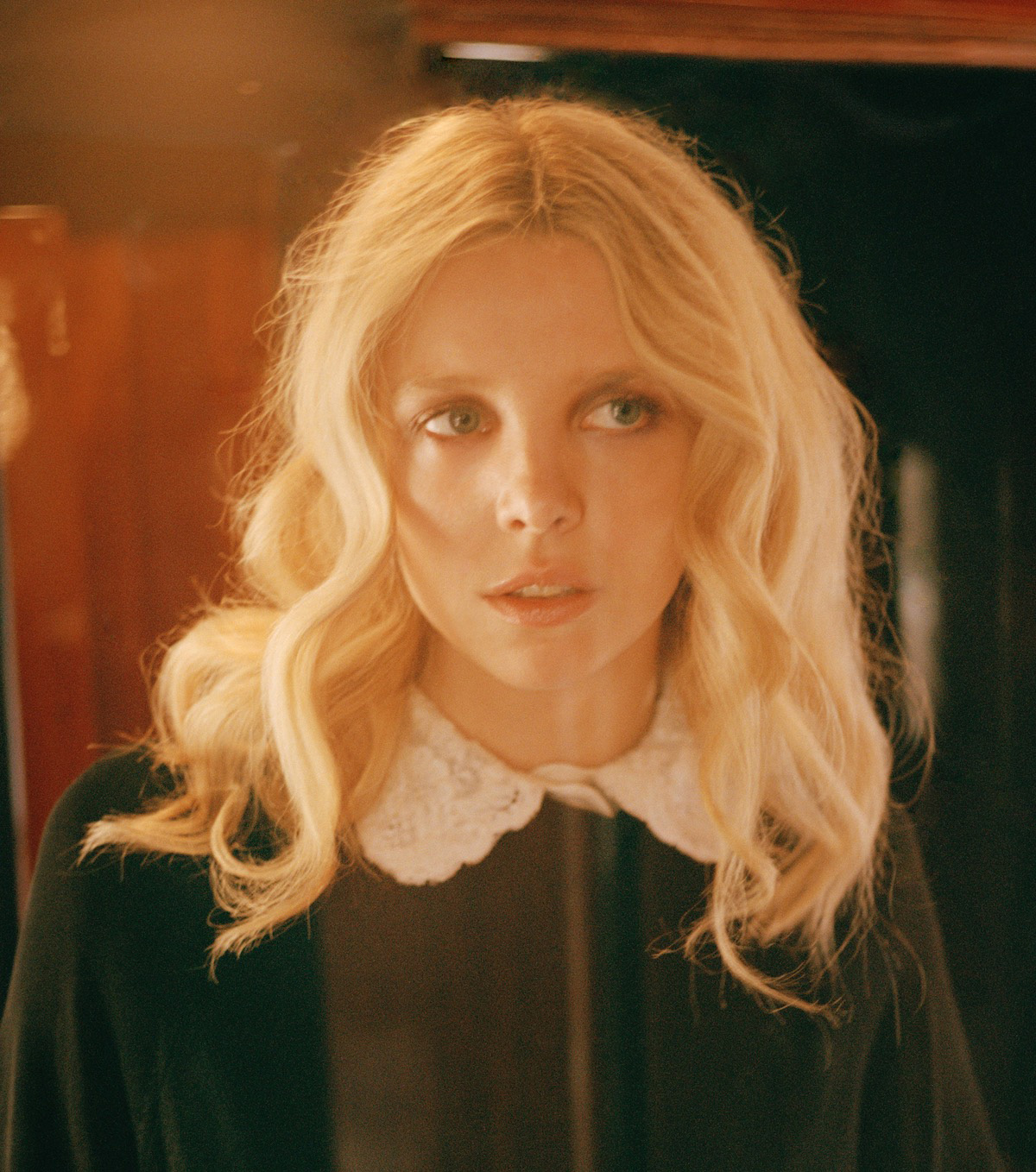 Painting a romantic London along with semi-autobiographical and feminist verses, poet, actress and director Greta Bellamacina writes a love letter to female friendship while picturing the search of the paternal figure in her new film Hurt By Paradise. Nominated for Best British Feature Film at Edinburgh International Film Festival 2019, this ode to raw intimacy and honesty unfolds into the commencement of an elegant pamphlet on the preconceived view holding poetry from being acknowledged as should be, unveiling then the struggle faced by contemporary poets. A continuous nocturnal and melancholic bus ride echoing Celeste’s monologues with as background an alienating London; in other words, the inevitable failures that dreamers have to dress with when evolving lonely in the big city.

What was the urge for you to create Hurt By Paradise?

Before I made this film, I’d just released a documentary called the Safe House A Decline Of Ideas about the decline of the British public libraries. So after the heartache of making that, I decided I wanted to make something a little bit more light-hearted and soft. I wanted the characters to feel sort of normal and flawed and innocent. A lot of the film is shot as if you are inside Celeste’s head. I wanted people to find a way into her world through her writing. The film at its heart is very much a friendship film about two women, who find each other through the failure of their dreams and day to day struggles.

How did you find out about your love for poetry and inclination to share your words with the world?

I have always written poetry. It has been a continual backdrop to my subconscious and it seems to be the language which speaks most profoundly to me. The poetry in the film is very much an exploration of that, but also a reminder that poetry is in the lonely streets and trapped in the midnight buildings. I wanted the duality of the poetry and the image of the everyday world to take you somewhere else more kinder, more gentle, and more human.

We live in one room…” [Hurt By Paradise – excerpt] Is poetry then leading somewhere beyond these four walls and materialising the infinite?

I like to think that poetry is an infinite language and is innate in all of us. That we are born and die with poetry inside of us. Poetry has the ability to explain the unthinkable and the unspeakable. I think because of this poetry can flood into any space and find us in those moments of despair and heartache.

“You can always do poetry on the side…” [Hurt By Paradise – excerpt] Or, “Please, tell me you don’t write poetry!” – someone told me this recently. Where do you think this preconceived (if not annoyed) view on poetry comes from? Do you reckon it could be that most people tend to diminish poetry to some sort of journal scribbling, not worthy of being acknowledged like other literary genres? Something along the lines of superficiality?

In the opening scene, it explores the comedy of that idea. Nicholas Rowe plays the very flippant and high-handed literary agent, who doesn’t think poetry has a place in the commercial world. I think this is a big misconception, that poetry is somehow not relevant or does not have an audience, or is elitist. It can be daunting trying to break those stereotypes because ultimately all art forms are an extension of your heart. Poetry is for everyone, and I believe everyone can appreciate poetry and find solace in it. 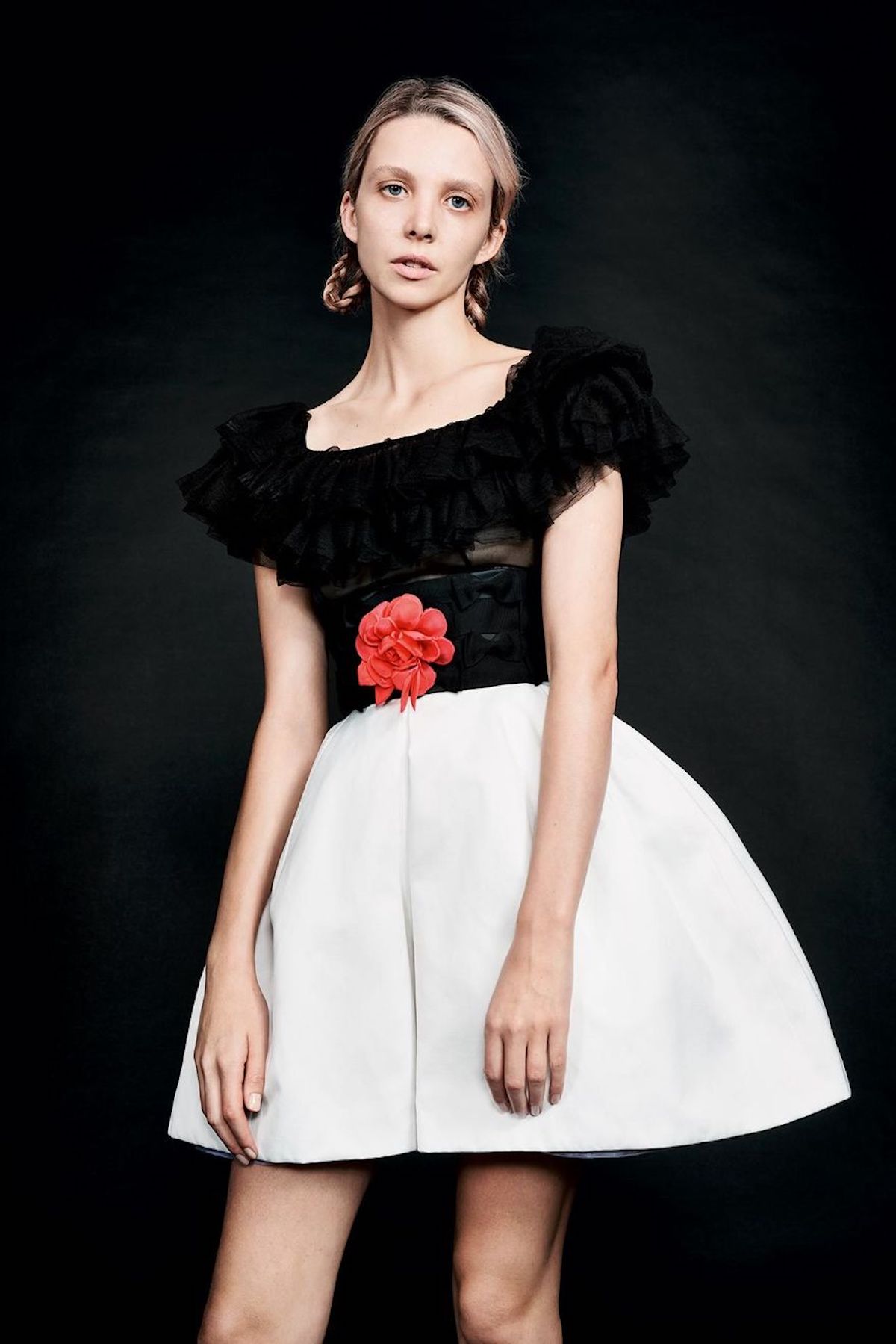 “If I remove one word the whole thing would collapse…” [Hurt By Paradise – excerpt] What does the threat that editing (by anyone else but the poet) represent? And is it an easy one to understand, unless one is a writer himself/herself?

I hope people will be able to relate to that scene. Especially when you are first starting out and trying desperately to find your place in your creative life. It can be hard to find the right people, who understand where you are coming from and what you stand for. It can be a big song and dance sometimes just to get someone to listen to you. At the end of that scene, after Celeste is ignored for most of it, she politely says “Thanks so much, it’s been really inspiring…” – which is a hilariously English thing – to thank a person even when they have just been quite cruel and dismissive.

Not to put you in any category at all, but out of curiosity, are you closer to writers that never go back to a line, the first ink on paper is the only and final one? Does beauty live in the perfect imperfection of spontaneity? Or, are you of those facing the endless pain of never finding satisfaction, and keep rewriting the same line over and over again until it sounds harmonious enough?

I find when writing a poem the idea is what is most important first. Then editing is when you intensely work on condensing broken light into a small space, to achieve an economy and a density. I think both parts of the process are just as important.

Could you describe your Muse? Is there any regularity in the frequency of its visits?

I don’t know if I have a direct muse. I take a lot of inspiration from my family. My husband [artist Robert Montgomery] has been a huge part in this creative process. When I had to be in front of the camera acting in this film I would ask him to go behind the camera so he was on the monitor and took over directing for me. He comes from a visual art background so to have his eye on the film at all times has been hugely beneficial. To make Hurt By Paradise we founded a film production company together called Sulk Youth, along with our friend Hal Brotherton-Ratcliffe. As Sulk Youth, we just wrapped our second feature Venice At Dawn directed by Jamie Adams. As poets and artists, we feel film is an interesting field for us to experiment in because we can explore the visual and the word in one medium.

Would you recommend to all the struggling poetry children out there to give it a try with independent publishing? Doing it themselves instead of sending their works to established publishers?

Absolutely, I think we live in a really exciting time, where you don’t have to wait to be published. Everyone cool these days start out by self-publishing. When I first started writing poetry, I started performing my work at open mic nights at the Poetry Cafe in London and there I found a community of writers and poets to learn from and help develop my own voice. My advice to young poets is to make a little gang and self-publish, don’t wait for the establishment. You are the future.

Finally, what else do you consider “not very feminist”?

This is a line the mother character says a lot, in response to Celeste looking for her absent father. I like how strong her character is, but also flawed, she continually comments on Stella’s hair and appearance, but also brings up a lot about what is to be a feminist. I think these contrasts in character are what makes them feel more human and brings the comedy out of the every day and hopefully makes you question your own versions of feminism.

‘Hurt By Paradise’ will be released in cinemas around the UK next September 18, and internationally later in the year.