It feels like HBO is determined to present a defining show on female friendship for each generation, so what is it that we learn from Betty?

I think the answer could be hope.

Naming the show Betty after the derogatory slang term for skate groupies, as with Skate Kitchen, is essentially an act of defiance. Here, a group of female skateboards reclaim history. As recently as five years ago female skateboarders were scarce, diversity of any kind was unusual at the skatepark.

Preparing for this article, my partner showed me a 2013 documentary titled The Pink Helmet Posse which showed a group of young girls in tutu’s skateboarding as a rare spectacle. That there has been such a dramatic shift in skate culture, seems to be perfectly tied to what has been a dramatic shift in the culture of television. When in history has there been another show with such a popular audience, featuring a diverse cast, made by women in support of female and femme culture? Although not always perfect in form, it comes very close and is undeniably the product of radical tenderness. Here is Betty, a show we have been waiting a long time to see.

So, let’s talk about the show.

Crystal Moselle, Betty’s creator and director, is known for her hyper-contemporary genre-blurring films about subculture groups. The six-episode HBO series is an offshoot of her 2018 fiction feature Skate Kitchen, which is itself a product of the short film, That One Day, she made for Miu Miu in 2016.

The show’s cast, namely Rachelle Vinberg, Nina Moran, Ajani Russell, Ardelia ‘Dede’ Lovelace, and Kabrina ‘Moonbear’ Adams, have essentially grown up with Moselle. Inspired by the cast’s real-life experiences the series takes a docu-slant as it follows these women through a few weeks of New York summer. It feels almost observational as we follow these young women, through the streets and across dialogue that lopes and lilts. It feels like an extended hang, and because of this, in some ways, as with any new friendship, it takes a few episodes for the show to really warm up. Stylistically, Moselle’s eye is transporting. At a time where we are confirmed to our homes, it’s impossible not to be swept away by the city, the simple joy of being amongst your friends, and the freedom of skate culture. 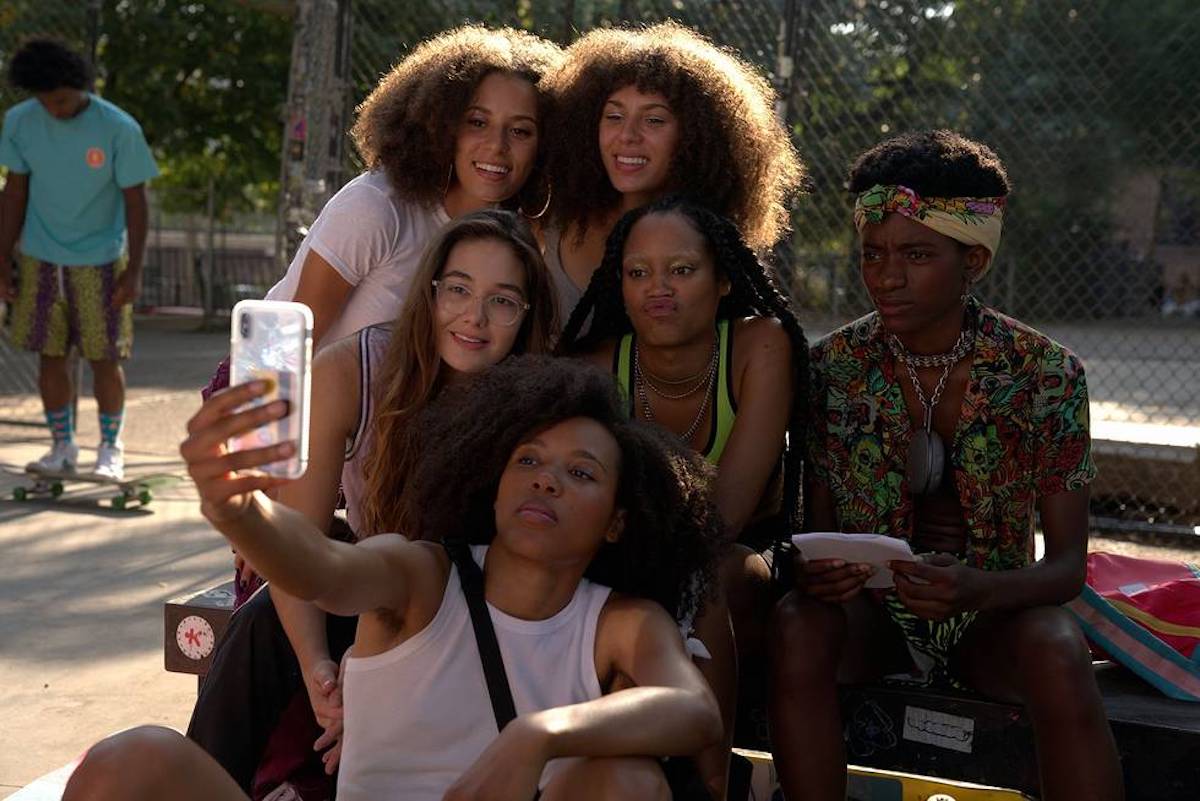 When asked if the show is an authentic representation of their generation, Ajani’s response was, “Yeah, me and Rachelle always talk about this. Rachelle is like ‘one day when our kids ask us what it was like when you were a kid mum, she is just going to show them the movie, and show them the tv show.’” Coming from a generation that lived in the shadow of SATC and Paris Hilton, it can sometimes be hard to imagine the culture of female friendship in television outside of the perversion of capitalism. Commenting that the show at times feels too good to be true, Ajani continues, “I would say of course there is a darker side to all of this, but I feel like personally all the people I surround myself with are just very loving and accepting. I think that especially has to do with skate culture. Skate culture is a big way of uniting people from very different backgrounds. Like you have the kids from the hood, and the rich kids from uptown, and kids with immigrant parents from East New York, and they all come together to skate at Thomson.” 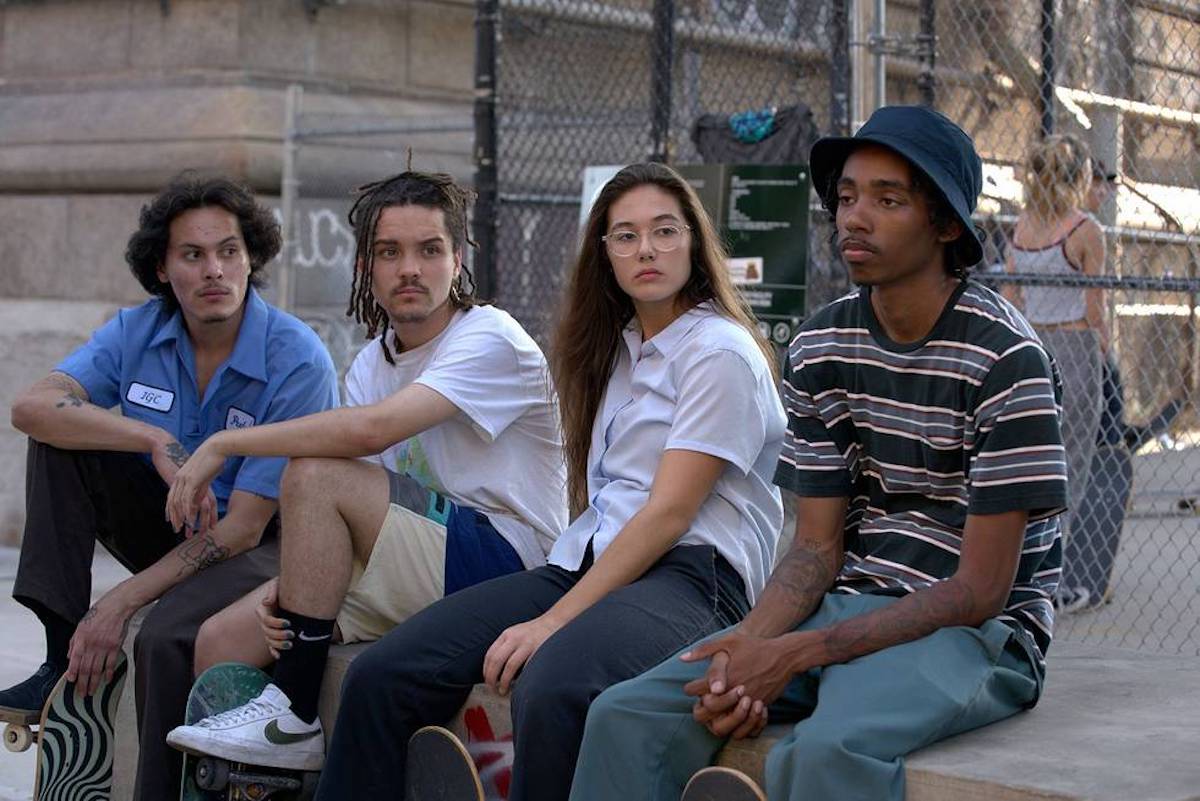 Moonbear reiterates, “The way things are going outside of skateboarding and how people are being more accepting is coming into skateboarding, the younger boys now are being more accepting of women, of course, there are always going to be people who are not like that but I don’t think we should worry about those people.” Moselle has done a brilliant job of touching upon the female experience, using the world of skateboarding to reveal gendered microaggressions that all women are aware of. She does this in a way that doesn’t feel preachy, but rather comes from a place of genuine kindness and consideration. The details are amazing, from Donald gas-lighting Janay with the line, “You’re a strong ass woman, and you wouldn’t let anybody do that shit to you.” To Kirt reminding her male skate friends, “I know you all love your sister’s and your mama’s, yo if you wanna love the vagina you best love the heart too”. Or the delivery of a skateboard to a young girl restricted by a too-long-skirt and an overprotective father. Moselle and her collaborators have chosen to focus on female friendship, female love, and female care, outside of expectation fulfilment for a male gaze. 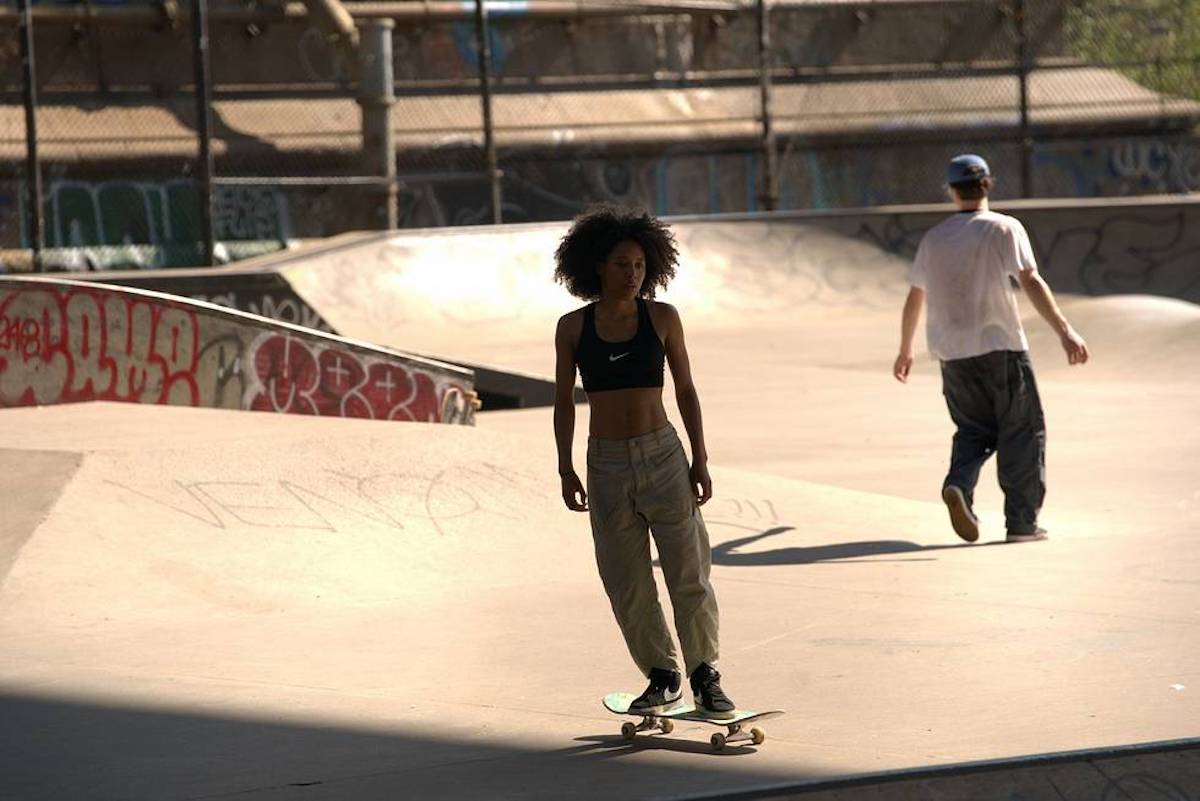 The cast all speak of Moselle’s confidence as a director, her collaborative, and supportive nature. That Moselle goes with the flow of life, which seems like the perfect personality fit for what is a skateboarders ethos. Moselle wants the voice of these young women to be heard. The result is a program built on mutual respect and trust. She tells me, “The girls are also my collaborators, they’re the ones I look to for authenticity. I don’t have to ask their opinions either, they’ll tell me.” If the heart of this show is the idea that women and femmes stick together, and support each other, it is clear that this is also the real-life sentiment of all those involved. 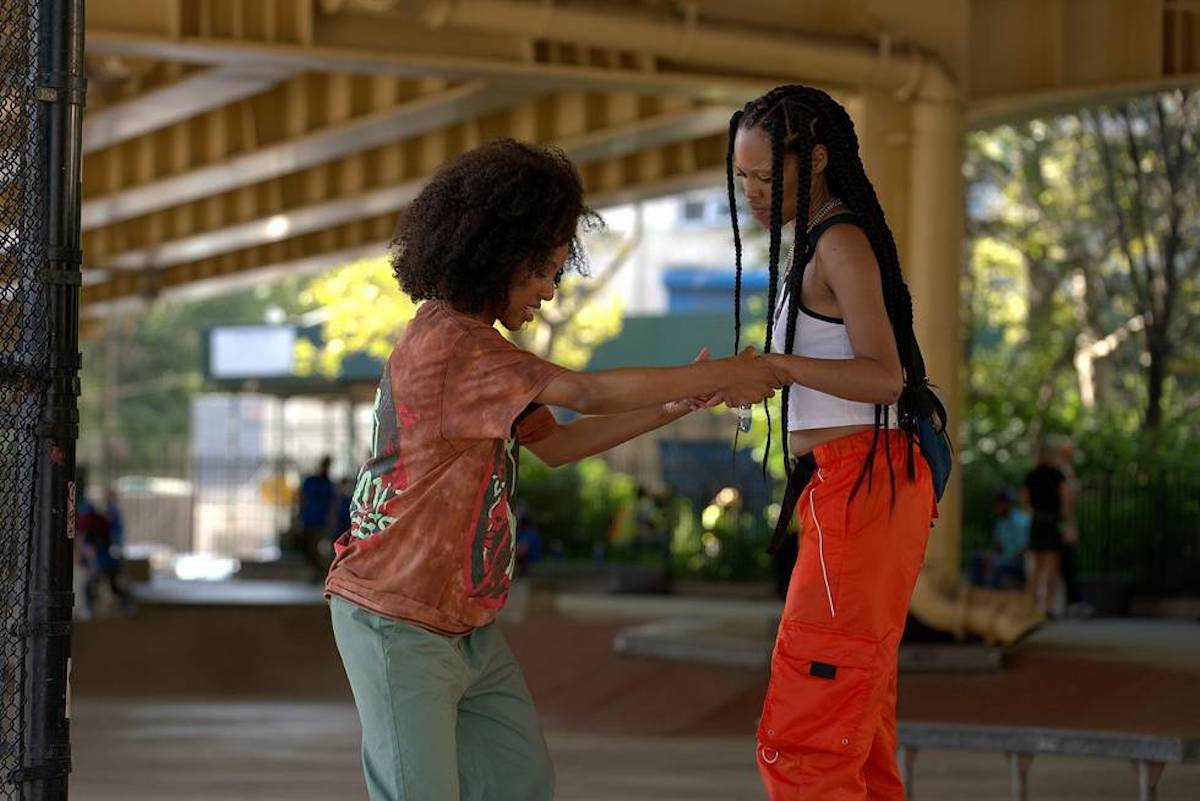 Have you heard of Malcolm Gladwell’s book The Tipping Point? He describes three archetypes of people as mavens, connectors, and salespeople. Nina Moran could be described as the connector of this group. Everything seems to always lead back to her, she gave Ajani her first skateboard, was there with Rachelle on the fateful subway journey that led to Crystal, and she brings everyone together. With this in mind, it seems appropriate that her character Kirt delivers the show-defining one-liner: “I want to stop fighting the patriarchy, and just start helping the matriarchy.”

“The whole goal was always to empower women, and inspire girls to just get on a board with their friends,” says Rachelle. Women propping women up, that’s the whole point, and no-pun intended – we’re definitely on board.

You can stream Betty through the HBO website with new episodes airing each Friday at 11pm.