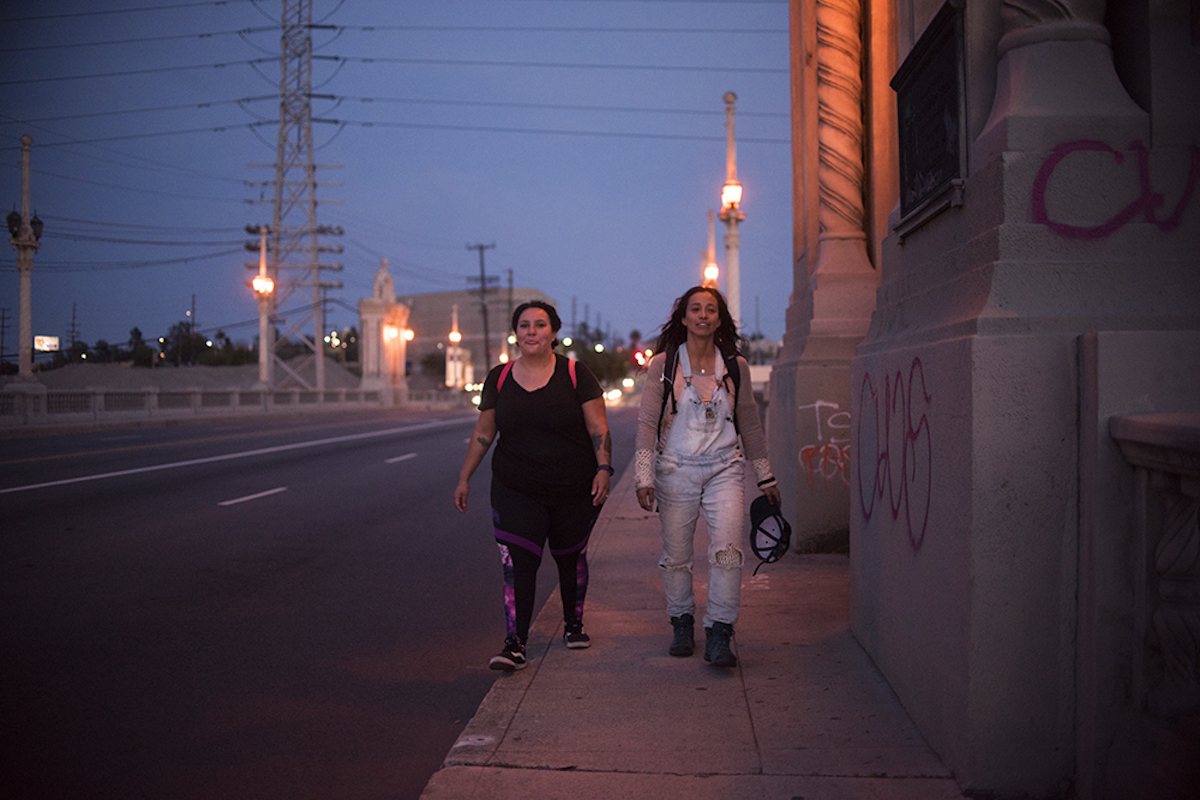 “It made me go all the way back to colonialism and the reason why the settlers kept on conquering the globe — I thought about the way the colonial enterprise operated and the extensiveness of its entrepreneurial ideology and…about how its function was similar to how start-ups act now.”

The art of immigrants from French artist Louise Bourgeois living in the US throughout most of her life to the American Beauford Delaney who moved to Paris in his fifties is not a new phenomenon. Nor is art that is made on the subject of immigration. At these horrific times in American history with Latin American children dying in custody and families split apart by xenophobic immigration policies, art about the emigré and the politic that emboldens those racist policies is as essential as the land trying to be claimed. The following four Generation Z artists tackle the stories behind immigration and incite a more critical perspective on how immigration is widely portrayed across the media and geopolitical entities. 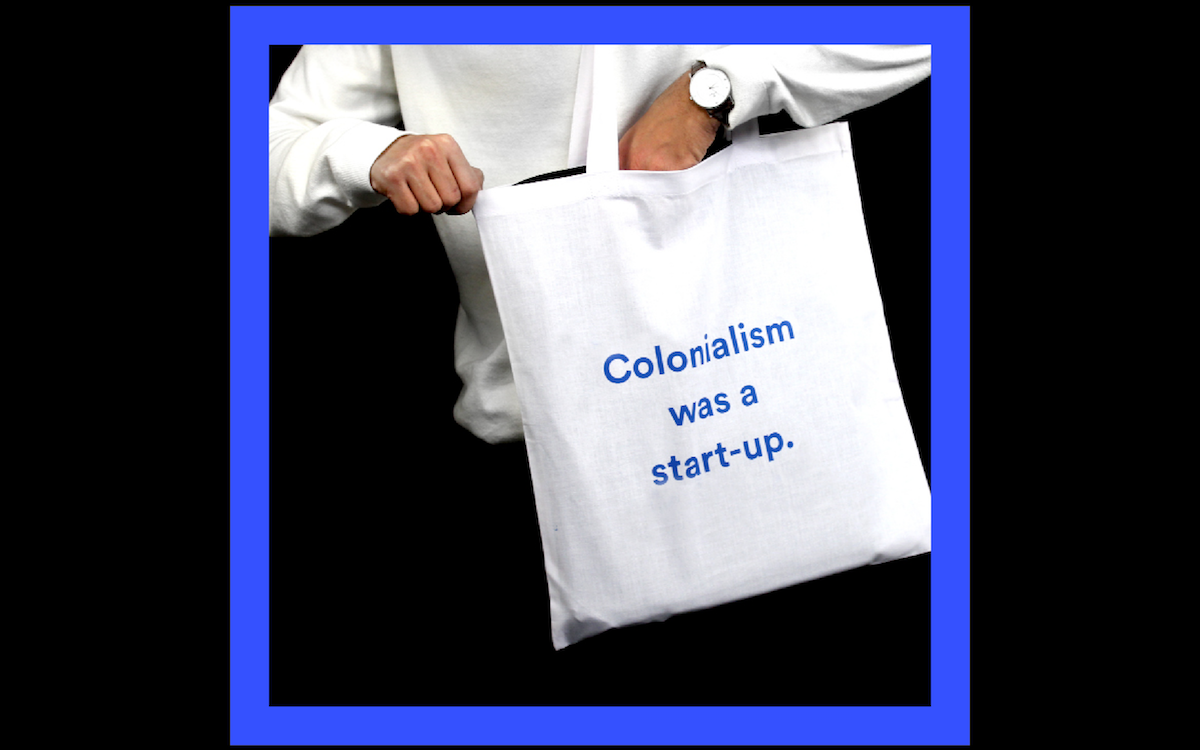 While still in college at RISD, Somnath Bhatt created a canvas tote bag with the trenchant message Colonialism was a Start-Up. Bhatt grew up in Ahmedabad, India, the son and grandson of social activists. One wonders whether Bhatt’s family’s commitment to bettering the conditions of the disenfranchised—whether that be economic, racial, ethnic, or gender disenfranchisement—informs his approach to art and art-making. And he is experiencing this colonialist agenda right now, during the current administration’s oligarchic and anti-immigrant tenure: “My practice at the moment is limited by geopolitical realities: my visa status and the ability to be mobile as a brown person.”

Experiencing Bhatt’s work, one is inspired by his dedication to a more timeless, less surface-dwelling creativity than so much of what is promoted in our market-driven world: “I’m more invested in personal narratives and histories: our homes, our upbringings, the languages we speak–fields of rich personal history. Brands, on the other hand, are agendas of competition and corporate success. I am most happy about my tote bag’s ‘graphic design’ qualities opening room for discourse and questions rather than just ending up becoming merch.”

Visual artist Adriana Furlong digs deep into photographic archives to excavate those rich personal histories. In her practice, Furlong uses old family photographs of her Irish and Italian forebears in addition to vintage photography from flea markets.  She paints over the faces of the subjects—erasing them from our memories, discarding them from existence. In this way she is in dialogue with her family as well as strangers, re-inscribing their portraits with the terror that many crossing-country borders experience. Their erasure is a physical and mental one and Furlong is meeting these disappearances head on. In Remnants we see her use multiple modalities to bring a new interpretation of each portrait, giving us a fresh take on the original. Part collage, painting and photography, the obscuring of each face—though unknown to us— make us gain some connection, some desire to understand their disappearance. The language she engages in her materials is a reflection on how for many border-crossing, whether legal or illegal, is a way for one to re-write history and create a new undefined destiny.

“I hope my addition of paint actually enhances my subjects’ anonymity so that we might find ourselves in their faces; surely each of us knows – and perhaps even loves – someone who has left their country of origin, uprooting themselves in the hope of a better life.” 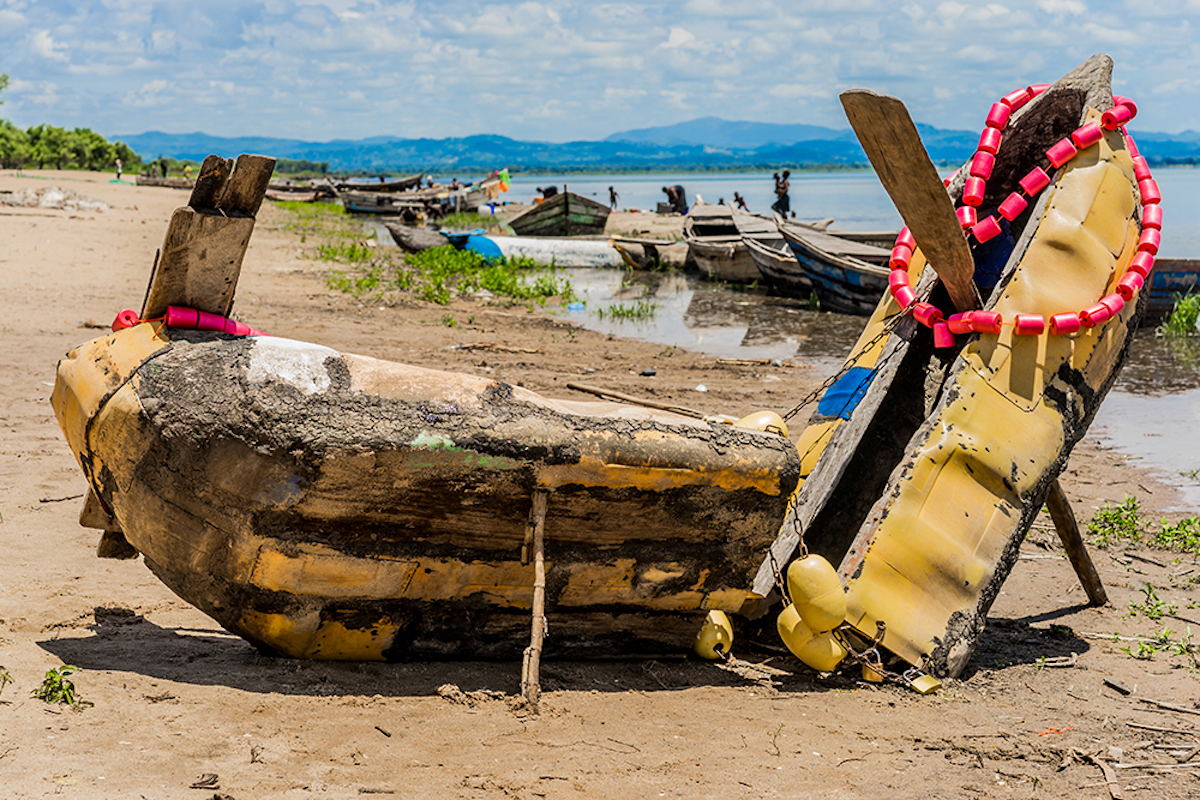 Massa Lemu’s installation The sea hums bearing strange gifts (2018) repurposes children’s cots that were left in what, decades ago, was first a Sunday school and then a daycare centre. The rickety metal folding pallets stand at intervals, wrinkled mylar blankets spread across their open frames. Long, serpentine black rubber straps – evoking shreds of rubber tires and dinghies used in migrants’ sea crossings? — loosely connect the cots to hollow shells of suitcases. Brightly-coloured, patterned swaths of fabric lie about — tossed as if hurriedly abandoned or recovered from stormy seas. The suitcase handles sprout luggage tags printed tidily with what could be oracle-like riddles or the anxiously optimistic pronouncements of those facing the terrifying unknown: “this storm is what we call progress” and “the sea eats the land at home.” The effect of the whole is haunting and, while referencing those forced into desperate migrations, suggests further instances of humanity’s callousness and brutality: acres of urban slums built on sidewalks; permanent refugee tent cities in barren deserts; homeless encampments in U.S. cities patched together from the detritus of modern life.

This normalization of human suffering is also tackled in Lemu’s series Passages for the Undocumented in which he melds tropes pertaining to both the homeless poor who are born and raised in the U.S. and those wanting to make their home here. Standing at a busy Houston intersection he holds up a series of homemade cardboard signs with handwritten messages like “In-flight brochure for those in flight” or “In the end we preferred to travel at night, sleeping in snatches.” Lemu challenges us to actually read what’s written and to pay attention to what’s right in front of us. 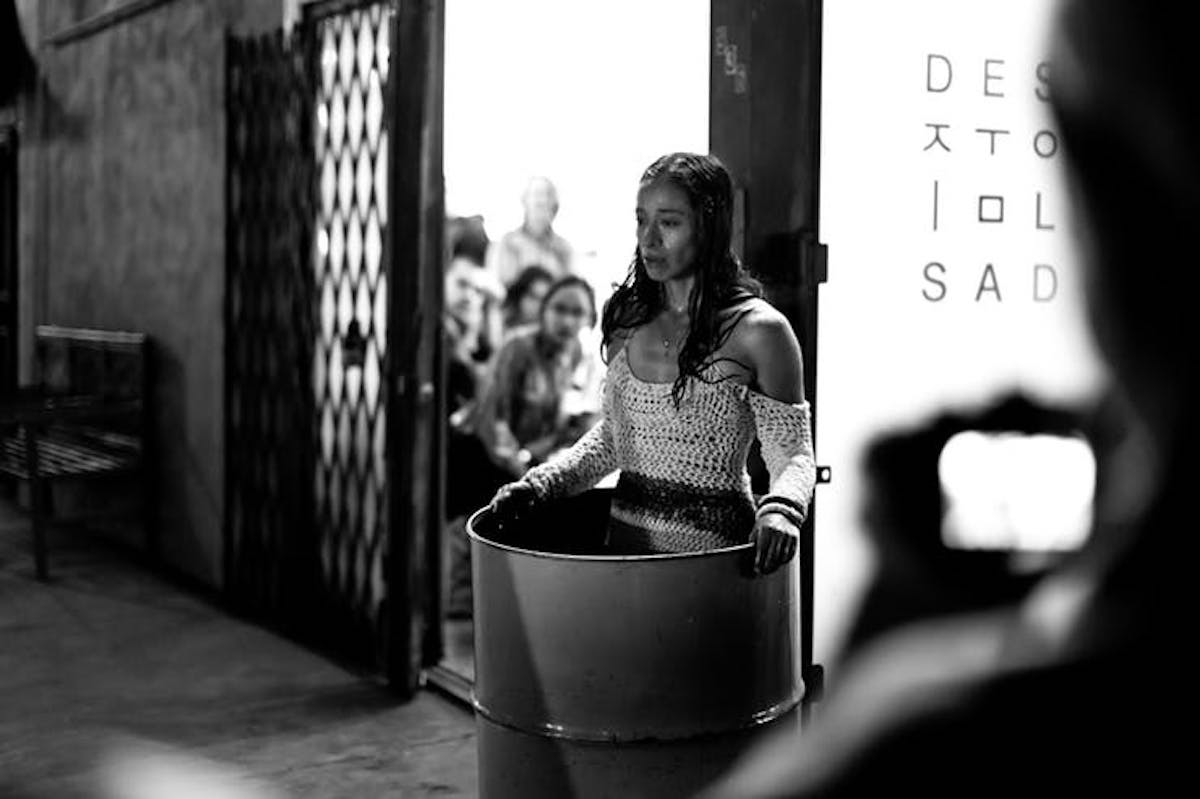 In 2018 Jackie Amézquita walked eight consecutive days in her performance piece Huellas Que Germinan/Footprints That Sprout from Tijuana in Mexico to Los Angeles in the US. Her experience as someone who lived in the liminal undocumented space for ten years gives her performance that much more weight and credence. The strength in someone at age 18 to move solo to the US with the constant fear of physical and sexual assault is something that is a familiar aspect of women’s and children’s stories of border crossing and speaks to how desperate her desire was to leave her birth home. This sense of simultaneous fear and hope is delivered to us through each step she takes and the intention in her movement across these mental lines.  Her footsteps are a re-imagining of a journey taken by many throughout millennia, of these multiple passages that show us just what courage and determination it takes to walk those hundreds of miles and for us to remember that at some point, somewhere in each of our family lines there is a story of immigration.